Cannabis in the Workplace: What Employers Need to Know 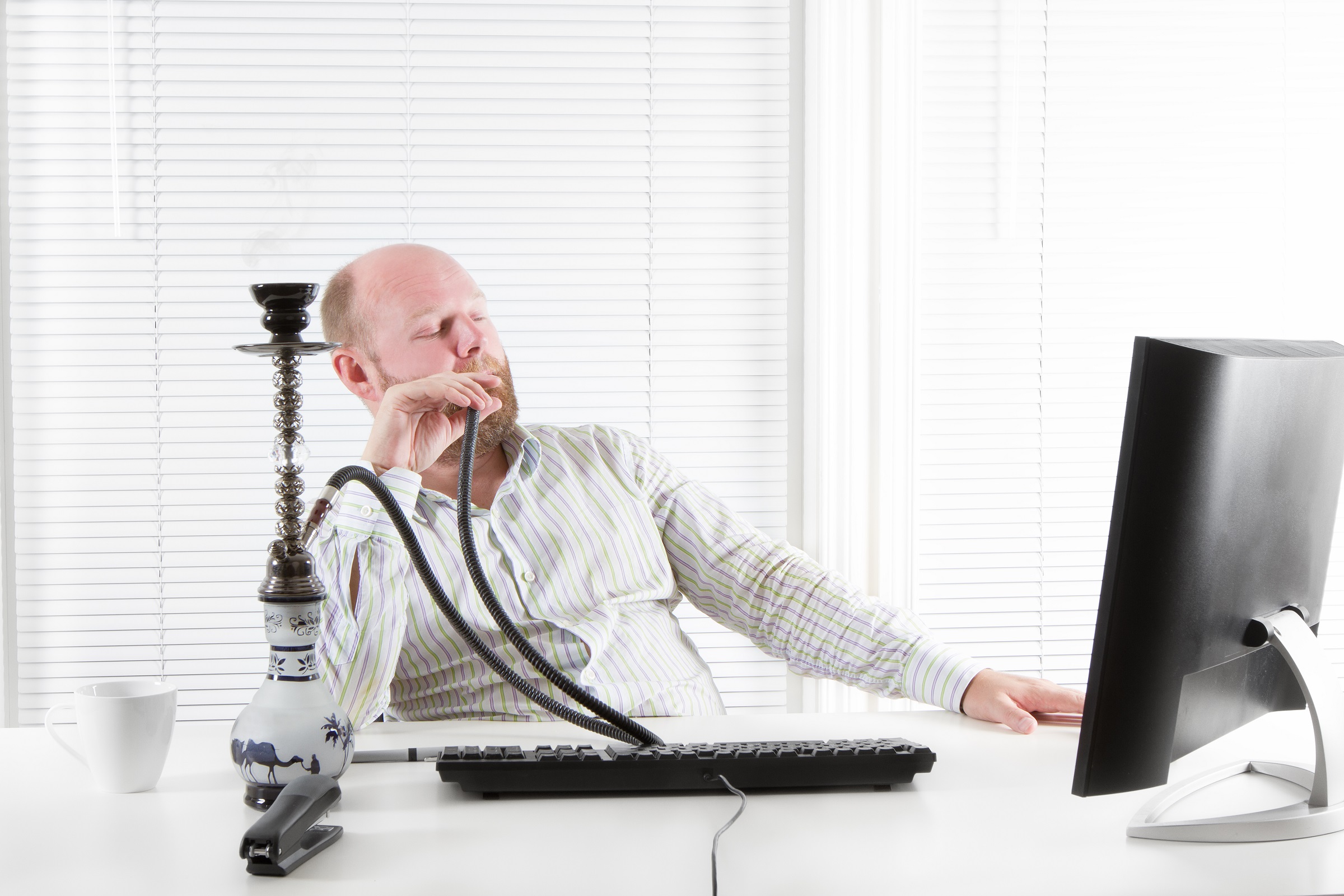 How will cannabis legalization effect your workplace culture, productivity, and bottom line? It’s complicated. Consider this your crash course in cannabis.

Legalization of cannabis throughout Canada (and 11 U.S. states) means significant changes are likely coming to many workplace cultures. That’s likely to bring a whole lot of confusion from employers and human resources (HR) personnel, too; many employers are already feeling the shift and wondering how to respond. According to data provided by the 2019 National Cannabis Survey, approximately 5.3 million Canadians aged 15 years and older reported using cannabis in the last three months.

From a workplace perspective, an estimated 514,000 workers who are current cannabis users consumed cannabis before or during work. More than one quarter (27%) of daily or near-daily consumers reported using before or while at work, compared with 7% of other cannabis consumers.

In this article, we’ll look at the impact of cannabis at work in terms of employee productivity, effectiveness at work, driving, coverage, increased smoking at work, and what you need to know about CBD (Cannabidiol) and THC (delta-9-tetrahydrocannabinol).

Will Cannabis use at Work Affect your Bottom Line?

Cannabis has been legal in Canada since the fall of 2018 and is slowly becoming legal, state by state, in the US. Canada has just embarked on its second wave of cannabis legalization last week, one year after its initial legalization. Now, edibles, concentrates, and topicals will become available for recreational public consumption. With the number of users expected to double within the next two years, there are sure to be significant changes in culture, both in and out of the workplace. If you’re an employer, you may be thinking about how the use of cannabis will affect your employees. Will they be fit to work, or will they report to work impaired?

Employee productivity is a major concern for employers who may see increased cannabis use as a threat. Will employees turn in the same quality and quantity of work under the influence of cannabis? Will they even be able to legally drive to and from the office? To understand these implications, it’s important to know what cannabis is and how it works.

There are many health-related factors that work into the confusion about cannabis. The plant extract itself has a long history of medicinal application, from ancient treatments to more modern (illegal) recreational use, to today’s legalization and widespread medical (and recreational) use. For most of its history, the effects were not fully understood. We’re just beginning to learn about the body’s reaction to cannabis.

There are many active components and chemicals in cannabis that make it more difficult for researchers to test, track, and control than if it were a single chemical or simple compound. It’s so complex, in fact, that cannabis has no Drug Identification Number (DIN). Pharmacists use a DIN to track and administer drugs, so no DIN usually means no prescription. Employee benefit plan formularies also use DINs to track funding and usage by plan members. Although cannabis cannot be a prescribed as medicine, it may be covered by an extended plan. To get access to cannabis for medical purposes, and permit potential funding, users need explicit authorization for use by a physician or health care practitioner, not a prescription.

Two of the main chemicals in cannabis are THC and CBD. These are compounds that have a common structure and interact with the body’s endocannabinoid system, considered part of the nervous system. The compounds influence pain, memory, mood, appetite, stress, sleep, metabolism, immune function, and reproductive function in various ways.

CBD and THC are very different. We know that CBD is potentially helpful for easing anxiety and pain, and it’s also been used for decades to help cancer patients offset the side effects of chemotherapy such as nausea and vomiting. The other main component of cannabis, THC, is a psychoactive compound that is known to functionally impair users. This is what creates a ‘high.’ For employees to consume THC at (or before) work would be like coming to work after a few drinks of alcohol. One of the major problems with controlling the use of cannabis is separating THC from CBD, so that only the CBD portion is available for its potential benefits while minimizing or eliminating the THC portion and associated impact.

Research on the health effects of cannabis is difficult due in part to the variability in its potency.  For example, older studies from the 1960s and 70s are irrelevant today, because the potencies were significantly lower in decades past. Cannabis today is so different that research is, in some respects, starting from a minimal base of knowledge.

Can Cannabis Offset the Opioid Epidemic?

Despite concerns about impairment and confusion regarding side effects, one potential benefit of legalization is the possibility of offsetting opioid abuse. Opioids, including prescription pain killers and heroin, are associated with more than 130 overdoses per day in the U.S. alone. In what is now widely considered to be an epidemic, opioid abuse is estimated to cost more than $78.5 billion annually by the National Institute of Health in the U.S. This total includes health care coverage, lost productivity, and overall economic burden. It’s possible that a shift from opioid use to cannabis could lower these numbers dramatically.

While cannabis use does come with a risk of impairment and associated loss (including lower productivity and higher risk of accidents in the workplace), these risks are much lower than those associated with opioids. It’s very unlikely that users will overdose and die from overexposure to cannabis. In fact, if opioid users began using cannabis as a replacement for painkillers or other pain management drugs, the risk of abuse, overdose, and other associated incidents may be drastically reduced.

Since cannabis is legal and becoming more mainstream, why isn’t it typically covered under health plans for those using it for medical purposes? The short answer: it is not an approved drug. In Canada, since it has no DIN and has not been approved under the Food and Drugs Act as a drug, it cannot be prescribed. There are some employee benefit plan sponsors who are offering cannabis coverage for medical purposes in defined circumstances, but they are few and far between.

Currently, most employers do not cover cannabis for medical purposes through a health plan, although some plan sponsors are starting to offer an option to reimburse expenses. Right now, this typically is an extended health care coverage option, not a core option. It’s also only available for people with certain conditions, like chronic nerve pain or multiple sclerosis, or who are undergoing chemotherapy. Beneficiaries must be pre-authorized by their physician or health care provider before they can be reimbursed. However, these stipulations could change as research develops, and on the likelihood that cannabis may be distributed differently in the future.

The Best Way for Employers to Respond

Employers are under no obligation to accommodate recreational use of cannabis at work whatsoever, and it can be treated similarly to alcohol use under existing policies. However, they are required to accommodate employees who are medically authorized to use cannabis. In Canada, this falls under the purview of “undue hardship” for the workplace. What exactly does that mean?

Employers may need to reorganize work procedures to facilitate authorized employees’ use while at work in the absence of a safety sensitive requirement for their role. This is not considered undue hardship if the employer can support this without negatively impacting the entire organization. However, if an employee comes to work impaired due to cannabis use, whether that employee was authorized or not, they could be in contravention of alcohol and drug use policies, particularly in safety-sensitive positions like machine or vehicle operators. The challenge is to strike a balance between a high quality of life for the employees who have authorization and a high quality of work for the employer.

The best approach to adapting your workplace to legalization is a proactive one. Update your HR policies and procedures to address what is (or what is not) acceptable in your workplace regarding legalization, particularly through the lens of the work disability, drug, and alcohol policies. Train employees on the risks and potential benefits of cannabis. Train managers to spot abuse of cannabis and/or impairment. Designate a leader or local champion who is knowledgeable about legalization to address cannabis-related issues. And then accommodate those with authorization to use. Failing to do so could result in human rights complications.

Let’s look at an example. In 2017, a human rights decision was made in the case Skinner V. Board of Trustees of the Canadian Elevator Industry Welfare Trust Fund, saying, “Where an employee with a disability requests coverage that is consistent with the purpose of a plan and comparable to coverage provided to other beneficiaries, more is required from a plan administrator than simply an assertion that its hands are tied by its policy and forms. In the absence of evidence that extending coverage would unreasonably alter the plan premiums or risk its financial sustainability, non-coverage of a medically-necessary drug may amount to discrimination.”

Proactive employers are taking steps to ensure their workplaces maintain a high level of professionalism and productivity, while allowing cannabis for authorized employees. Stated simply, the potential benefits of cannabis must be extended to those employees who qualify to access it, even at work and in the absence of a safety sensitive role. It’s the same as with any other remedy that could improve employee quality of life. An issue arises only when cannabis is abused, and on the chance that an employee reports to work unfit to be productive because of cannabis.

There are various methods that users can choose from when it comes to consuming cannabis. Delivery mechanisms remain a complicated issue due to a lack of research on best practices, dosage and quality control. Smoking is not a recommended delivery method whatsoever. Like smoking tobacco, smoking cannabis can cause various health issues including cancer and other lung problems. Further, it can annoy those around who are inadvertently exposed to the secondhand cannabis smoke. A common alternative is CBD oil, or vaporizers which, at a minimum, don’t spread to those nearby.

The legalization of cannabis will inevitably bring cultural and administrative shifts to the workplace, but these changes can be handled appropriately, resulting in benefits to both employee and employer. Ideally, a healthy balance will be met in which cannabis is made available to authorized employees, and in return those employees will be responsible for its use in a manner that will contribute to, and not diminish, workplace productivity.

Employee Benefits in a Post-Pandemic World

Simple Strategies to Curb COVID-19 Transmission in the Workplace

5 Ways to Keep Employees on Task Throughout the Day

by
Adam Rowe
at
Tech.co

Working on Wellness: 5 Tips to Help You Prioritize Your Health

by
Rhonda Vetere
at