By
Andrew Scott and Jim Reynolds
,
at 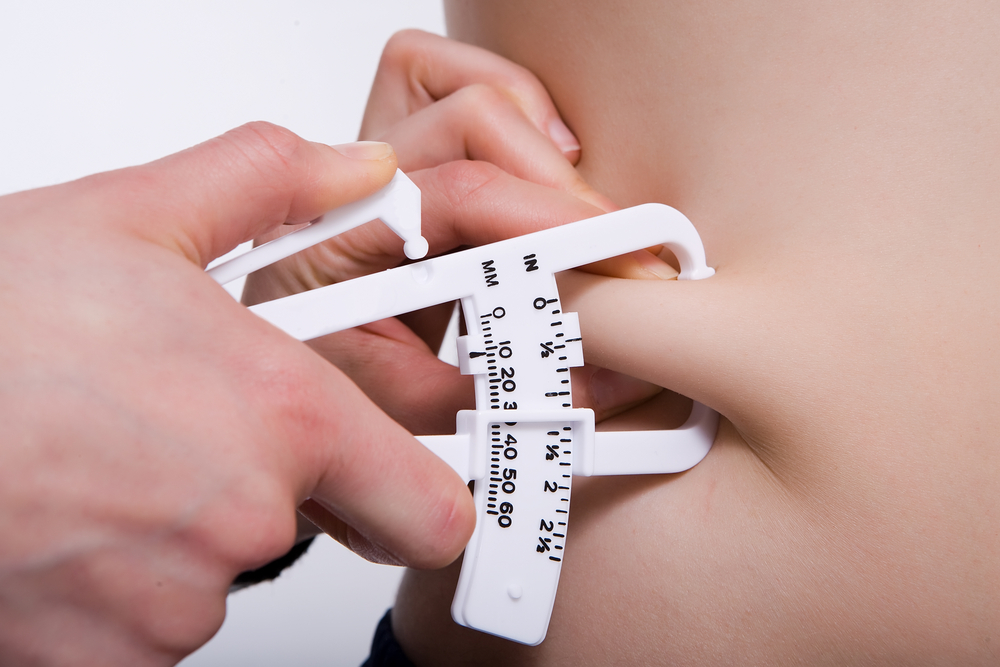 By
Andrew Scott and Jim Reynolds
,
at

Obesity is a common condition and is increasing in prevalence in the United States and globally. Obesity is defined as a state of excess adipose tissue and is associated with hypertension, type 2 diabetes, stroke, coronary artery disease, dyslipidemia, musculoskeletal disorders, respiratory issues and several types of cancers (Romero-Corral, et al., 2008). In fact, excess body fat has been identified as the number one killer globally replacing smoking (Shah & Braverman, 2012; Haslam & James, 2005).

Not only does obesity have a deleterious effect on health, the increase in obesity prevalence has been accompanied by a substantial increase in direct medical costs, $1723 higher than that of normal weight individuals, with estimations ranging from 5%-10% of health care spending in the United States (Tsai, Williamson, & Glick, 2011).

Employers must add to the medical cost that obese workers use more sick days and are more likely to take a leave of absence compared to non-obese workers (Harvey, et al., 2010; Ostbye, Dement, & Krause, 2007). In order to appropriately manage obesity and its costs, excess body fat needs to be measured. Body mass index (BMI) is commonly used as a proxy measure of body composition by comparing an individual's weight in regards to height; as an individual puts on body fat it will be reflected as an increase in overall body weight.

Although there does seem to be some truth to this concept, BMI does have limitations. Because BMI looks strictly at weight compared to height, it is unable to differentiate between fat weight and fat-free weight; this could misclassify individuals. Some may be overweight yet not overfat (e.g. muscular individuals).

The disease risk faced by these individuals is significantly lower than BMI would indicate (Wang et al., 2010). Meanwhile others can have BMIs within the normal range (BMI of 18.5-24.9) and have a higher body fat percentage. If these individuals relied solely on their BMI, they would be unaware of an increased disease risk. In fact, the interpretive power for cardiovascular risk in individuals with a BMI in the mid-range (24-27.9) is considered weak (Wang et al., 2010).

A preliminary analysis was performed to determine the effectiveness of using BMI compared to body fat measurement for risk stratification. Standard BMI ranges based on the Centers for Disease Control and Prevention (2015) were used to classify individuals: Below 18.5, Underweight; 18.5-24.9, Normal; 25.0-29.9, Overweight; 30.0 and Above, Obese.  Body fat ranges were determined according to the American College of Sports Medicine's (ACSM) guidelines (2014).  Data (n = 20,109) was collected from the Book of Business (BOB) to compare risk stratification of individuals by body fat and BMI.

There was a significant disparity between risk stratification between measurements; BMI misclassified roughly 38 percent of the population (7,711 individuals). Because there are discrepancies in measurement fidelity between genders, the BOB was grouped into gender cohorts to determine the accuracy of BMI in classifying risk.

Similar to total population, BMI proved to be an inaccurate measurement and misclassified males and females; 35 percent (2,677 of 7,646) and 40 percent (5,034 of 12,463), respectively. A majority of the women misclassified (92 percent) were underreported for disease risk according to BMI, yet are classified as Moderate-to-High Risk based on body fatness.

These individuals have lower BMIs yet have a higher body fat percentage. If these individuals relied solely on their BMI, they would be unaware they face an increased disease risk.  Nearly two-thirds (64 percent) of the males misclassified were over-reported for disease risk according to BMI, yet are classified as Low-to-Moderate Risk based on body fatness.  Some may be overweight yet not overfat (e.g. muscular individuals). The disease risk faced by these individuals is significantly lower than BMI would indicate.
‍

Much of classification errors could be due to the use of BMI as a surrogate for body fat, which does have inherent measurement flaws. BMI is greatly influenced by factors such as physical activity levels, age, gender, and ethnicity.
‍

Activity levels can negatively influence the accuracy of BMI classification. Estimating body fat by calculating a BMI is known to overestimate individuals who have more muscle mass such as athletes and individuals with more laborious jobs (e.g. police officers) and underestimate those who are more sedentary due to less muscle mass (Alasagheirin, Clark, Ramey, Grueskin, 2011; Ode, Pivarnik, Reeves, & Knous, 2007).
‍

Aging is associated with changes in body composition with a significant reduction in fat-free mass or lean tissue, along with an increase in intra-abdominal and visceral fat (Gallagher et al., 1996). Health risks are associated with intra-abdominal and visceral fat; BMI is not a reliable indicator of fatness (Bhurosy & Jeewon, 2013). Body fat is the most appropriate method to detecting actual fat levels.
‍

Women have significantly greater amounts of total body fat compared to men in an equivalent BMI, typically 10-15 percent higher (Adams et al., 2007). Females are more likely to have a high percent body fat, but normal BMI, whereas males are more likely to have a high BMI, but normal percent body fat. The limitation of using BMI to differentiate between an elevated body fat level and preserved lean mass could lead to a misclassification of risk, especially in individuals with a normal BMI, 18.5-24.9.

Having a normal BMI and high body fat level is known as normal weight obesity (NWO), which is more common in women than men (Romero-Corral, et al., 2010). Individuals who exhibit NWO have a higher prevalence of metabolic syndrome and cardiovascular risk factors.

In fact, with women NWO is independently associated with increased risk for cardiovascular mortality (Romero-Corral, et al., 2010). Despite having a normal BMI, they have blunted insulin sensitivity, decreased lean mass, and several metabolic abnormalities.
‍

Significant ethnic differences do exist when comparing body composition; differences are due to dissimilitude in muscularity, bone mass and lower limb length (Kesavachandran, 2012). A single BMI standard may result in an imprecise estimate of true association between adiposity and disease risk.

Ethnic-specific BMI cutoffs would more accurately stratify individuals for risk, but would not be feasible due to a lack in data for specific populations. Additionally, there is only a modest correlation with percent body fat, i.e. r = .67 (Mills, 2005). A strict reliance on BMI as a measurement for body fat is not warranted as the accuracy of BMI as an indicator of adiposity varies substantially according to the degree of body fatness.

The use of BMI in detecting true obesity is inadequate; it is neither sensitive nor specific. Calculating BMI has an unacceptably high rate of false-negative (sensitivity) and false-positive (specificity) results (Alasagheirin, Clark, Ramey, Grueskin, 2011). Body fat percentage is a more direct assessment of body fat and healthy weight because it is able to distinguish fat from muscle which can better identify individuals at an increased risk for disease (De Lorenzo et al., 2013).

As body fat percentage increases, insulin sensitivity diminishes along with a significant reduction in HDL cholesterol, known as the cardioprotective cholesterol, meanwhile a significant increase in LDL cholesterol, triglycerides, both systolic and diastolic blood pressures, as well as C-reactive proteins and other inflammatory markers, factors associated with increased cardiovascular risk (Romero-Corral, et al., 2010).

Although the literature is supportive for the use of body fat percentage to determine health risk, many continue to use BMI for ease, less invasive, and cost-effectiveness; obtaining body fat can be as simple, non-invasive, and cost-effective. There is no question that the amount of fat mass and lean mass for an individual can best be assessed by body composition rather than BMI.
‍

Use of BMI to predict body fatness is marginal at best considering it is greatly influenced by physical activity habits, age, gender, and ethnicity. In addition, the potential misclassification of BMI may lead to refusal or overuse of preventive or therapeutic interventions; accurately assessing body composition by using body fat measurements could provide a more personalized and effective approach to reduce disease risk and potentially lower health care spending.
‍

About the Author
‍

Andrew Scott, DHEd - Dr. Scott is an exercise physiologist and functional nutritionist. He has a master's in clinical exercise physiology and nutrition with a focus in metabolism and chronic disease management and a doctorate in health with a focus in population health management. He is nationally syndicated on Sirius/XM Radio speaking on various health and wellness topics. He currently oversees Research and Data Analytics for Life Time Fitness.

Jim Reynolds, MDDr. Reynolds brings more than 30 years of experience in clinical medicine, health management and quality assurance, beginning with a clinical practice of internal medicine. He then founded one population health company and has served as Chief Medical Officer of a disease management company followed by the role of Senior Healthcare Consultant for Mercer Health and Benefits, creating population health strategy for Fortune 100 companies internationally. He currently serves as the Medical Director for Life Time Fitness.

Centers for Disease Control and Prevention (CDC). (2015). About BMI for adults. Retrieved from website: http://www.cdc.gov/healthyweight/assessing/bmi/adult_bmi/

Strategies to Tackle Workplace Tobacco Use

by
Alison Brehme
at