The Benefits of Positive Emotions at Work

By
Shelly Gable
,
at 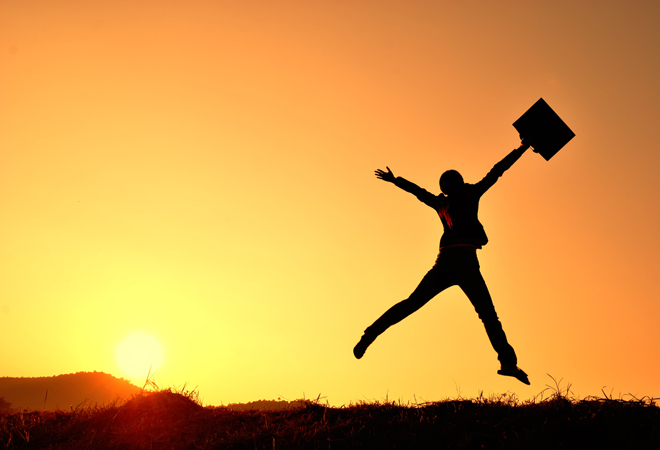 By
Shelly Gable
,
at

Science has long documented the toll that negative emotions such as anxiety, fear and sadness have on our minds and bodies. Recent evidence, however, highlights the previously under appreciated benefits of positive emotions, emotions such as contentment, joy, awe and gratitude.

A surge of studies in the past fifteen years have examined the correlations and consequences of the experience of positive emotions. Although researchers are still working on understanding the precise pathways that link positive emotions to these important outcomes, what is clear is that when people frequently feel positive emotions they are better off at home and at work.

As a result, corporate wellness programs that enhance positivity in the workplace are becoming powerful tools to produce desired positive outcomes that improve overall employee well-being and productivity.
‍

Positive Emotions Are Correlated with Better Health and Stress Management

Positive emotions can be an important tool in the defense against the cumulative effects of stress. In addition, research also shows that positive emotion may have a direct effect on health through other pathways.

For example, some studies have shown that positive emotions are correlated with more effective immune system functioning which likely influences our ability to fight of diseases, which can lead to reduced employee absenteeism and sick days. Regardless of exactly why or how positive emotions lead to better health, the association between happiness and health is strong and well documented.
‍

We know that happy people are more approachable, are liked more and get along better with others than unhappy people. And studies have clearly shown that employees' emotional experiences have an impact on interactions with clients, customers and co-workers.

Most importantly, their research suggests that positive emotions precede creative thoughts on the job with incubation effects of up to two days (in addition, being creative leads people to later feel more positive emotion). Thus, another likely benefit of positive emotions is increased creativity and innovation in job performance.
‍

Finally, positive emotions are an important predictor of how people they feel and think about their jobs and their companies, according to research from Carl Thoresen et al. These researchers systematically reviewed over 200 studies that measured employees' emotional experiences and their attitudes and motivations toward their jobs and their employers.

In total, the studies that were part of the review included data from over 62,000 workers from a wide variety of occupations. The authors of the review found consistent and strong evidence that employees who reported experiencing emotions that are more positive had higher job satisfaction and greater commitment to their organizations.

This is significant because the research on positive emotions ironically does not paint a Pollyanna picture of emotional life that excludes negative emotions or ignores the inevitable daily hassles of work and home life.

Company Wellness Programs Can Increase Positive Emotions at the Workplace

There is a lot of potential for harnessing the benefits of experiencing positive emotions for the workforce. However, a critical question is whether a company can intervene with programs or practices that increase positive emotions in its workforce. A recent review by Christina Meyers and her colleagues in the Netherlands that focused on studies of interventions specifically aimed at increasing positive experiences among employees at organizations gives reason for optimism.

Their research found that these interventions were consistently associated with increased employee well-being and performance, and less stress and burnout. Furthermore, new tools and technologies are becoming available to employers to elevate employee moods.

For example, new web-based platforms enable employers to provide mood-enhancing structured breaks where employees can watch videos and images tailored to their preferences. Managers can encourage employees to think about what they are grateful for and what brings them joy.

Employees also can benefit from restorative breaks, such as going on walks, socializing and other activities that are recharging and non-demanding. There is solid evidence that programs aimed at increasing positive emotional experiences for employees are successful.

Finding a cost effective way to implement such programs on a large scale to roll them out to groups of employees can be a challenge. However, technology can be effectively harnessed in the service of delivering programs aimed at increasing positive sentiment.

In fact, many of the studies reviewed in this article used technology to elicit positive emotions in subjects, such as through brief exposures to positive media like film clips, photographs and stories. Of course, companies would want to be sure that the programs or interventions executed were tailored to their needs.

Programs built on the foundation of the science of emotion and geared to the specific preferences of the employee are likely to offer the most return on investment.
‍

Falsity Within the Wellness Industry

Is Your Organization a Healthy Enterprise?

by
Rebecca Johnson
at