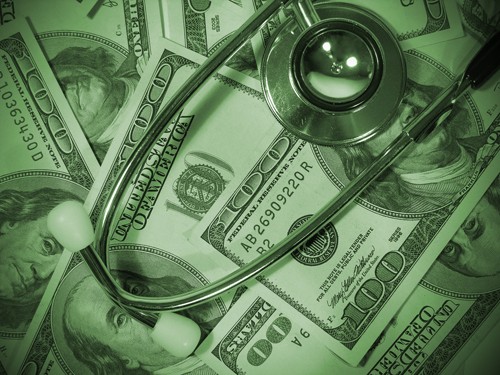 In the last decade, the cost of employer-sponsored healthcare in the United States has more than doubled for both employers and employees.1,2 Contributing to this increase is the growing proportion of the working population that are being treated for expensive and chronic conditions, such as cardiovascular disease and diabetes.3

To address rising healthcare costs and improve the well-being of their employees, employers are increasingly making wellness initiatives a priority.4 In addition to having a better quality of life, healthy employee populations are associated with lower health-related costs.5

In fact, past research has demonstrated that implementation of wellness programs for employees can provide a return on investment of up to $3.92 saved for every dollar spent.6,7 Cerner Corporation, a healthcare information technology company with approximately 11,600 lives (5,530 associates, 6,070 dependents) covered under its health benefits plan, is committed to promoting wellness among its employees and their families.

The aim of Cerner Healthe is to improve the health of Cerner associates and their dependents through prevention, early detection, treatment and condition management. Member health risks are measured through annual biometrics and Personal Health Assessments (PHAs).

Biometric measures include body mass index (BMI) and blood pressure as well as serum levels of glucose, total cholesterol and cotinine (a metabolite of nicotine, indicating tobacco use). PHAs are questionnaires that address physical and mental health and practice of healthy behaviors.

The member and an onsite healthcare advisor discuss the results and create an action plan if necessary. Such a plan can include a condition management program aimed at those with a diagnosis of diabetes, hypertension and/or BMI of greater than 35, among others.

Members enrolled in these programs receive one-on-one support, educational materials and other tools provided by a multi-disciplinary team, which consists of a health coach, dietician and fitness specialist.

The objective of this longitudinal analysis was to determine the relationship between changes in health risk factors (assessed through biometrics and PHA results), healthcare utilization and costs over time in Cerner associates enrolled in Cerner HealthPlan Services. Understanding this relationship will provide insights into the value of employer-sponsored wellness promotion.
‍

Members were identified using Cerner HealthPlan Services medical and claims data during the period from January 1, 2008 through December 31, 2010. To be included in the study, members had to have at least 1 month of eligibility in all 3 study years.

In total, 1,095 members met inclusion criteria and comprised the risk cohort. Significant differences were observed between the two groups at baseline, with the DR group having characteristics generally associated with higher health risks including older average age, a greater percentage of males and a higher baseline average risk score.8

Between 2008 and 2010, the risk score among the cohort decreased for 40 percent (699 members) and increased for 23 percent (369 members). The percent of members who reduced their risk score (DR group) was significantly higher (P < 0.0001) than the percentage whose risk score increased over the study period (IR group).

Moreover, the average risk score was 1.21 points higher in the IR group and 1.34 lower in the DR group. The risk score stayed the same for 37 percent of members (N = 640), but they were not considered in the analysis. The percentage of points gained or lost by risk factor during the study period is displayed.

In addition to improved clinical outcomes, healthcare utilization and costs were lower among the DR group than the IR group. In 2008, the average per member per month (PMPM) total costs were $52 more among the IR group compared with the DR group; in 2010, they were $91. Although the total PMPM cost difference was not significant between groups, the total PMPM cost increase for the IR group was statistically significant (P < 0.05).

For example, in 2010 the DR group filled 2.6 more scripts on average but the cost per script was $28.43 less. Overall, over the 3-year study period the IR group incurred more healthcare costs than the DR group. Among IR group members, the compounded annual growth rate of medical dollars was 8.3 percent, which was more than 3 times the rate of the DR group (2.6 percent).

Furthermore, $690,632 more was spent on the IR group than the DR group in total during the study. This was equivalent to an average additional cost of $1,744 per IR member over the 3 years of the study.
‍

Although this Cerner study had several limitations that may have weakened the association between health risks and cost savings, the results still suggest that wellness programs that focus on lowering health risks can be beneficial. The included cohort participated in a comprehensive wellness program that included health risk assessments, condition management and incentives to practice healthy lifestyles.

Overall, the cohort was relatively healthy and, at follow up, significantly (P< 0.0001) more members had lowered risk scores than higher risk scores. Additionally, members whose net risk factor score decreased over the study period had lower healthcare utilization (of expensive services) and costs than those whose score increased.

Interestingly, however, at baseline the members of this group were significantly older, had a greater percentage of males and a higher average risk score, which are all factors generally associated with higher health risks (all P ? 0.0002). Nonetheless, over the 3-year study period, approximately $700,000 more was spent on the members whose risk scores increased.

In conclusion, the results of this study support the efforts of an increasing number of employers who are investing in wellness programs to improve the health of their employees and contain rising healthcare costs.4 Beyond reducing utilization of expensive services, lower health risks could provide other benefits for employees and employers.

For employers, improved productivity and reduced rates of absenteeism and presenteeism could result in additional cost savings. For employees, lower health risks could result in improved quality of life and longer lives. Future research into these health benefits would supplement this study and offer additional justification for employer-sponsored wellness programs.

4. Phillips JF. Using an ounce of prevention: does it reduce health care expenditures and reap pounds of profits? A study of the financial impact of wellness and health risk screening programs. J Health Care Finance. 2009;36:1-12.

by
Tara Swart
at

by
Brian Black
at